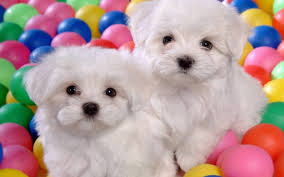 These guidelines are intended to help you evaluate puppies between 6 and 12 weeks old. They should help you to select a puppy who shows good potential for developing into a suitable pet dog. When choosing a puppy from a litter, feeling especially drawn to one puppy over another is an important part of deciding which pup to bring home. However, if you want to improve the odds of having a positive puppy parenting experience, your initial emotions aren’t the only factor you should consider.

The Benefits of Careful Puppy Selection

When selecting a puppy from a litter, thoroughly evaluating each of the puppies as objectively as possible will increase your chances of selecting one who will develop into a suitable pet. Some people are drawn to puppies who show extremes in behavior—such as very shy or frightened puppies—in the hopes that they will be able to help one develop into a well adjusted, friendly, confident adult dog. Likewise, some people choose a puppy with apparent health problems so that they can provide the puppy with a good home that he might not otherwise find.

Choosing a puppy who exhibits problematic behavior or physical health problems is a personal choice, but it should be an informed decision. Raising a puppy with health or behavior problems can be a challenge to begin with and can be an even greater undertaking if the problems come as a surprise. Many behavior problems can be modified with early training, but the amount of time and effort needed to do so is hard to predict, and the final result is impossible to determine beforehand.

There are no perfect puppy tests that will allow you to predict with certainty how a puppy’s behavior will develop as he matures. There’s no guarantee that a pup who seems to be the “pick of the litter” will turn out to be a well-adjusted adult dog. But your chances of choosing a puppy who’ll develop into a well-adjusted adult are much greater if you know how to screen the litter of puppies for behavior problems that might already be apparent.

A puppy’s physical health is just as important as his behavioral health, and a full veterinary examination will be needed to ensure that your new puppy is physically healthy. However, there are some general signs of good health that you can look out for when selecting a puppy from a litter:

The following checklist is designed to help you look out for behaviors that often make puppies less suitable pets. Behavior problems in puppies often improve with careful training, but they can’t always be completely resolved.

How Do the Puppies Interact with Each Other?

Observe the entire litter in an environment that’s familiar to them, ideally at a time when they’re all awake and well-rested. Watch the puppies interact with each other.

After observing the entire litter, you’ll probably have a sense of which puppies you’re most interested in. You can then assess each puppy, one at a time, in a quiet area where the puppy won’t be distracted by noise, littermates, food or toys.

Puppies who show an interest in being around people are more likely to mature into adult dogs who are sociable with people. If possible, visit the litter with at least three people: an adult male, an adult female and a child under the age of 10. This enables you to observe the puppies’ interactions with people of various ages and both genders.

Sit or stand a few feet away from the puppy. Using a friendly and enthusiastic voice, encourage him to approach you. You can also tap the floor or your leg with your hands, clap your hands or make kissy sounds. Try not to make any noises that might frighten the puppy. If he approaches you, encourage him to hang around for a little while by praising him and petting him gently. Have each person with you do the same thing and observe the puppy’s level of interest in being with the different people.

Does the Puppy Respond Appropriately to Your Reaction When He Nips You?

Puppies who respond appropriately to people and dogs who yelp in pain when they’re nipped too hard are more likely to develop into adult dogs with good control over the force of their jaws. Good jaw control allows dogs to get into scuffles with each other without causing injury. It may also make them gentler when they take food from people’s hands or play with people.

Allow the puppy to mouth on your hands. When the puppy works his way up to a forceful nip, respond with a high-pitched “Yikes!” or “Ouch!” Then observe the puppy’s reaction. If he’s very excited, you might need to repeat this procedure a few times to give him a chance to notice your pain response and react appropriately.

Does the Puppy Guard Things From People?

Guarding valuable belongings is very common in dogs. This behavior helps animals survive in nature, but it’s not desirable or safe for pets who live in our homes.

Some puppies are very relaxed about being restrained, touched and examined. Others aren’t. Puppies who aren’t comfortable with people handling them can be difficult to enjoy living with and a challenge to take care of. They can become fearful or aggressive at the veterinary clinic, during routine grooming and during day-to-day interactions with their human families.

Does the Puppy Seem Overly Sensitive to Sights and Sounds?

Some puppies are very sensitive to certain sights and sounds, while others aren’t. Puppies who are sensitive can be difficult to take care of because they can spend much of their time frightened, and they might not be able to share in activities that you would like them to.

Improving Your Odds for a Successful Relationship

You’ll increase your chances of choosing the puppy who’s right for you if you make your selection based on both your heart and your head. Be aware of your feelings toward the puppy you choose and your objective observations of his apparent physical and behavioral health.

Courtesy:  The American Society for the Prevention of Cruelty to Animals